Ah yes, more blatant pandering by our sorry excuse for a president. In a recent speech, Obama said, "The contributions of Muslims to the United States are too long to catalog because Muslims are so interwoven into the fabric of our communities and our country." He wanted to pay truibute to "a great religion and its commitment to justice and progress."

Umm...yeah. I challenge anyone to name a list of Muslim contributions to the USA that are "too long to catalog." Go ahead. I'll wait. Oh, you couldn't think of any? Well, that's probably because Muslims only make up less than 1% of our entire population, and the USA was founded almost entirely by a bunch of white, European protestants. Seriously, do you remember reading anything at all about Muslims in America during history class? That's what I thought.

Actually, the first "contributions" Muslims made to America involved terrorism. After independence, the first war the USA ever fought as a soverign nation was against Muslim pirates from the Barbary Coast. At the time, Thomas Jefferson had no idea why the Muslims wanted to attack our ships since we hadn't provoked them. So he asked their ambassador about it, and the guy told Jefferson that "it was written in their Koran, that all nations which had not acknowledged the Prophet were sinners, whom it was the right and duty of the faithful to plunder and enslave; and that every Muslim who was slain in this warfare was sure to go to paradise." That was back in 1786, people. Not much has changed in 200 years, huh? I'm sure the victims of the World Trade Center, United 93, the USS Cole, and countless bombed embassies would love to discuss all the wonderful contributions Muslims have made to our country.

Additionally, Obama's claim that Islam is "interwoven into the fabric of our communities and country" is so ridiculous that it's laughable. In fact, most parts of American culture are entirely antithetical to Islam, including democracy, women's rights, secular government, and individual liberty. We have legal access to alcohol. We don't give adulterers and homosexuals the death penalty. We don't allow polygamy. We don't encourage or permit honor killings. We certainly don't recognize Sharia Law like some countries do (I'm looking at you, France). And as for the claim about "justice and progress," that seems kind of innacurate since most Islamic countries don't allow free elections and are still basically living in the Middle Ages.

In other words, the "fabric of our country" has absolutely nothing to do with Islam and was not influenced by it in any way. But thanks for playing, Barack. You're always good for a laugh.
Posted by Josh Darwin at 8:26 AM 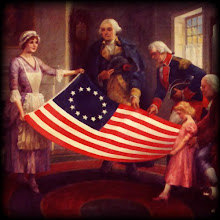